Javier Nandayapa started his musical career in 1989 with the famous Marimba Nandayapa ensemble. As a soloist, he started his activities in 1995, since then, he had performed at a large number of Festivals, universities, forums and has traveled 50 countries of the five continents of the world. He has offered clinics, masterclasses and has performed concerts in Australia, Taiwan, Japan, Kenya, Azerbaijan, Lebanon, Saudi- Arabia, Bahrain, The United Arab Emirates, Portugal, Spain, Germany, Croatia, Denmark, Lithuania, Latvia, Poland, Canada, United States, Brazil, Argentina, Chile, Uruguay, Paraguay, Peru, Colombia, Costa Rica, Panama, Guatemala and Belize.

He has appeared as a marimba soloist with several symphony and chamber orchestras from Poland, Lithuania, Portugal, Paraguay, Argentina, Panama, Chile & Mexico.

In 1999 he published, with the percussionist Israel Moreno, “Método didáctico para marimba mexicana” (“Didactic method for Mexican marimba”), the first work of its kind in Mexico.

He was awarded the State of Mexico Arts and Culture Fund grant in 1999 and 2009 and the National Arts and Culture Fund (FONCA) grant in 1995, 1997, 2001 & 2007. In 2012, he obtained the “FONCA Scenic Artists with career” 2012-14 grant, with a project that includes more than 60 concerts in Mexico and abroad, and three CD recordings with Symphony Orchestra and chamber music. He obtained the “Ibermusicas” 2015 grant, with a concert tour in 8 of Latin America. In 2019 He was awarded again with the IBERMUSICAS & FONCA grant with a Project of an International Tour performing 45 Concerts, presenting 45 Clinics and master classes in 17 countries of Four continents (Oceania, Asia, Europe and America). 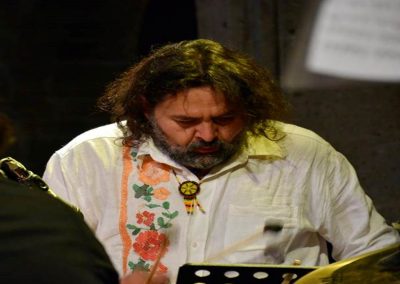 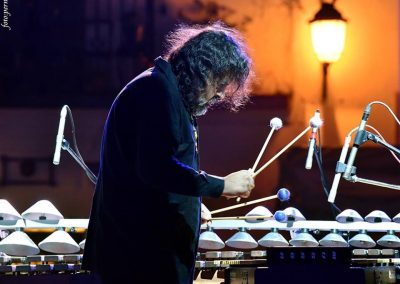 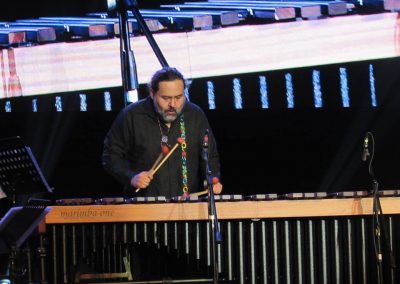